The Temple Terrace Golf & Country Club opened in 1922 and held up well against some excellent modern-day hickory golfers at the recent  2018 US Pro Hickory Golf Championship.  Ocala’s Dylan Malafronte (above left) carding an even par 72 to grab the John Shippen Cup a margin of 2 strokes clear of Mark Harman from Ridgeland, South Carolina. 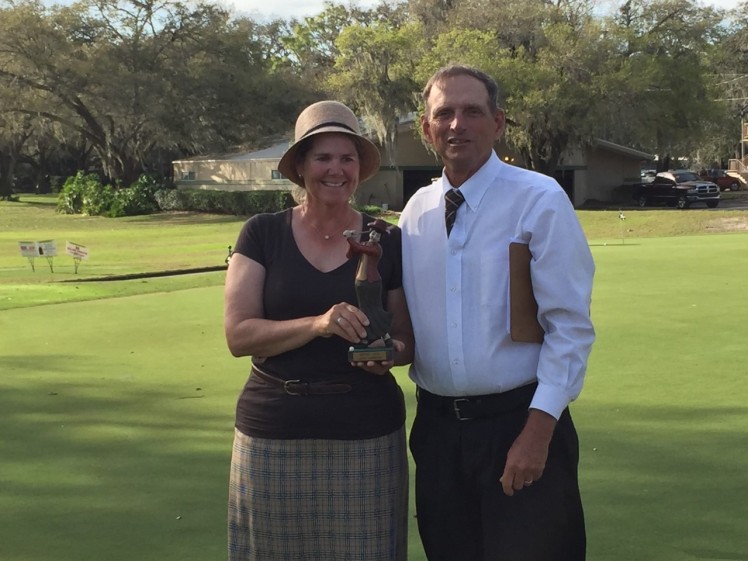 The Ladies Championship went to Jennifer Cully (above left) of Apollo Beach Golf Club with an excellent round of 86.

Among the Amateurs, the 81 from Deal Hudson (above) was enough to take the Oscar Bunn trophy that is on permanent display in the Temple Terrace clubhouse. In the Heritage division Paul Schulman beat out Bob Boss in a score card match marking the second year in a row that Mr. Boss was beaten in a playoff. Better luck next year Bob.

The Temple Terrace Golf & Country Club opened in 1922 and laid out by noted architect Tom Bendelow, was described by the Tampa Tribune as a brute of a course stretching out over 6,400 yards. Maybe not worthy by today’s modern golf standard but a stout test for the century-old clubs we swing!

Always check out the schedule of Hickory Events the FHG will be playing with the Florida State Golf Association!