The 2016 World Hickory Open was recently held in Panmure Links Golf Course in Carnoustie, Scotland. FHG members Mike Stevens, Bill Geisler and Steve Haigler attended. To absolutely nobody’s surprise (except maybe the excellent Cliff Martin from California), the event was won Sandy Lyle, who actually dressed the part this time (as opposed to the casual modern wear in which he won two years ago).  Cheers for Sandy!

Reuters reported “A dapper-dressed Sandy Lyle, the former Masters and British Open champion, won the World Hickory Open Golf Championship for the second time on Wednesday (October 12). The event, which took place at Panmure Links Golf Course in Carnoustie, Scotland, celebrates the heritage of the game and how it was originally played. Many entrants into the tournament play in early 20th century attire and carry wooden clubs, which would also have been used in early formats of the game. These particular championships first took place in 2005 and it has now grown to include players from locations as diverse as China, Japan and Sweden. Lyle had previously won the title in 2014 and described how he was nervous during this year’s tournament despite being a two-time major winner. Lyle defeated close to 120 other players and won this year’s trophy with a three-under round of 67 on the first day followed by a 71 on the final day.

Mike sent a link to the video from the event.  He said “notice the guy taking practice swings at the very beginning of the video. Don’t blink however or you’ll miss me.”

The US team was victorious in the International Cup event held after the World Hickory. 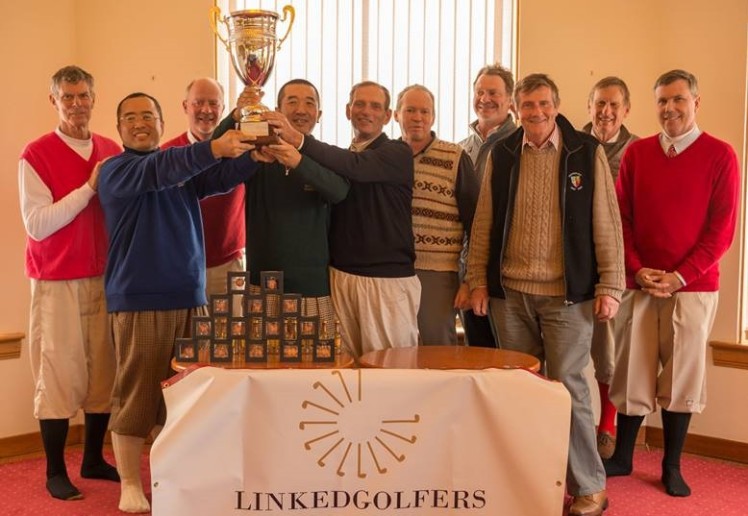 Always check out the schedule of Hickory Events the FHG will be playing with the Florida State Golf Association!